So, you want to build an app?

You’ve got a great tech idea and all you need is someone to build it, right?

Recently I’ve been getting a lot of people coming up to me and telling me their great ideas for different apps.

I often wonder about the perception people have of those who work in tech, but generally, I believe that they imagine someone sitting in front of a computer like a magician.

You know, vigorously waving a small black wand, wearing a cape and shooting lighter fluid out of their sleeves until websites and apps appear.

I guess in some ways they aren’t entirely wrong, there is (in my opinion) some wizardry in putting together a neat, new little piece of technology, similar to how a musician sprinkles a touch of sugar on their composition to help it stand out in the ever growing ocean of new music.

I also love hearing the creative ideas that people can conjure up, yet, while us engineers like to think that all it takes for an app to be successful is beautifully written code, we are but a small part in a large wheel that will make your little idea successful.

So, here are a few things to think about before you start talking the ear off of the next engineer you run into on a Friday night, trying to mind their own business playing Time Crisis 2 with a beer in hand.

In the wise words of music group the Wu-Tang Clan, never forget that ‘cash rules everything around me’.

When it comes to realising that idea, if you really want to get it off the ground you need to think about a strategy for how you are going to bring in that paper.

Being a white knight who wants to save the world as a modern day superman is a great idea, but if it were really the case maybe you should take up that programming course and get to work.

In the more likely case that you are pitching because you think that money might actually be viable from your idea, you need to think about how you are going to drive revenue from your app.

There's lots of ways to monetise your app but maybe you should think about the following below, before getting started.

You could start with reading this blog, Three things you should ask yourself before building an app.

If you build it, they will come?

Let’s face it, we all wish sometimes that life was like an 80’s movie, all you need to do is listen to the ghostly voices in your head and build a baseball field, profits will surely ensue.

Unfortunately for all of us, Kevin Costner somehow managed to bypass all that annoying marketing and growth strategy that businesses normally need to do.

Us mere mortals instead need to spend our time workshopping who our prospective customers are, what the best method is for connecting your idea to them is and how you go about that.

Once you have a solid understanding of how your idea fits into the grander scheme of the market then you can start thinking about how you are going to bring in those users.

If you have seen any projects by student engineers and then compare them to industry professionals, the flaws are always easy to spot.

It always seems that those experienced engineers have the perfect eye for design and usability, finding the perfect crossover where it works and looks cool, but is still completely functional.

The truth is though that it is pretty uncommon for a professional engineer to also be an inspirational designer.

Designing an app or website is not a simple matter of slap it together and hope that it works.

It takes time and iteration, sometimes with real user testing, to actually bring an idea into a format that works on technology.

Too often I get asked about building someone a website without them having any examples that they have found that they even remotely like the design of.

It’s kind of the equivalent of asking a sculptor to create a bronze statue of a person without showing them what the subject looks like.

Try all they want, the sculptor is never going to make it look how you imagine (don’t worry, I’m currently working on mind transfer technology to solve this exact problem, look for it in 2025).

So unless you also know a designer to wrangle in (or if you know an engineer who can also actually design) start researching different apps and sites that have the feel and usability you like.

Parts of this should be design aspects, an overall feel and look that you like, and could even include certain tech functionality like menu and navigation styles. Find a starting point, then with the designer move these into something that is actually functional.

There and back again

Alright, so let’s recap and setup ourselves a little checklist to go over that we can refer to before we start hitting up an engineer to ‘Just Do It’.

What we have now is the bare bones of what we call a Business Model Canvas, but more importantly, it gives you enough information to have a meaningful conversation with someone like myself to actually discuss the viability of your tech idea or even help you figure out how to pretotype your idea.

Now, all of that may seem a little daunting, but if you are really serious about making a ripple in the world of tech, it’s a great starting point, and I’d rather talk to someone like that than play Time Crisis 2 any time of the day.

Three Questions You Should Ask Before Making An App

How To: Idea Validation | Introduction to Prototyping

The importance of understanding your customer

Want some help on building your startup, growing your business and creating products/services that your customers will love? Contact SEED to make an inquiry. 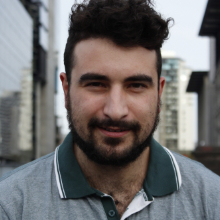 Lead Software Engineer
@ Sheda
Timon has expertise in application development on all major platforms, along with API development and technology consulting, helping our partners get the most out of tech. As a trained musician and audio engineer, he adds creativity into everything he builds and deploys.
FOLLOW

Do you really need a native app? What you should know about Progressive Web Apps (PWA)

Software Engineer
Back to
all resourcesblogwhitepapersinfographics